A Holiday Tours
Home Adventure Travel All about Banaras Tour famous visiting places, how to go and where... 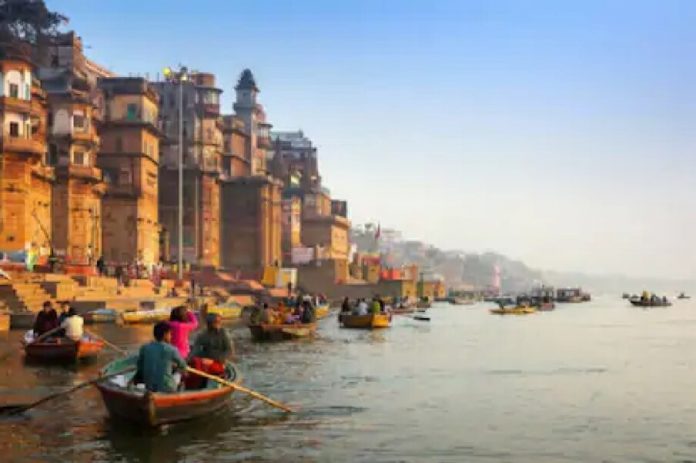 Banaras is called the holy spiritual capital of India.It is located at the North province of India. It is one of the ancient city of the world. It is known as Kashi to the Bengali people and other state people called it Banaras. The meaning of the word Banaras is bright light for this reason it’s called the city of lights. If anybody visits India and doesn’t see Banaras, the tour will not fulfill. All over the year many countries and foreign religious-minded people, Photographers, businessmen, photographers, tourists visit this holy place another name of this city is the Mother of History. Here developed many shrinks, temple, bath ghat bright light and many more attractive things are available. Here river Ganga across the city and there have 88 ghats for bath. It’s believed that if anyone bath here that’s person all guilty cleaned with the water. For this reason many devoutly people came here every year. Here live many saint and monk people. Some famous places name of this area, Anna Purna Temple, Kashi Vishwanath temple, Tulsi Manas Temple, Durga temple, Sarnath Chunar temple, Man Mandir ghat, Osi ghat, Darvanga ghat, Chet Sing ghat, Sindhia ghat, Vosle ghat and may more places available. This city is filled. Silk, Perfume and work of teeth is famous worldwide.

Religious View: It is called the spiritual capital of India because this place bring extra significance to the Hindhu Religious people. Here live 27 religious people. Specially Hindhu religious people visit this for to get reward by God. If you enter the city you will get spiritual feelings. Many people come here with food they will offer you this food and it’s called ‘Namak para, they believed that if you take this food they will rewarded by God. Many religious visitors don’t take food until get new guest with them. For religious view here made many Shrink, Temple and many ghats. Here live many shrine and monks. Only only Hindhu people here live many Muslims and many more religious people. Even now, 16% of Muslim living in Banaras. Here have many Muslim architecture available right now days. Some of them are Gyanabapi Mosque, Alamgiri Mosque, Gonj E Shadidan Mosque, Choukhamba Mosque is specially noticed. Here you can see the Buddhist birth place Saranath.

Visiting place of Banaras: There are many places to visit. You can visit 88 bath ghats, you can visit some of them that are famous and temples here.

Perfect Time for Tour: October to March is the best time for visit Banaras. Because in this time winter. In this time many religious programs are arranged and for this reason many people come here. So you can see many visitors and enjoy them. April to September is summer day and the weather is too much hot. So you can’t visit properly at this time. However, Banaras is very ancient but it is still too much active for unbelievable beauty. This city makes the tour lover thirsty for its beauty.

How to go: There are three ways to reach Banaras Air, Train and bus. You can choose one of them and it is easy to reach Banaras. Because this is a very famous place and many people visit this place for the reward of God or visit this beautiful spot.

By Train: Kolkata, Agra, Delhi, Luckno, Mumbai and many more states are easy to travel by train and code of Junction BSB.

By Bus: There is a system for buses. From Luckno 8 hours, Kan Pur 9 hours, Goraksha 3 hours and many states have government bus systems.

By Air: You can go easily by Air from any state’s airport.

Where to stay: You will get a budget-type lodge, middle-class hotel and high-class hotels. You can choose one of them and stay relaxed. If you’re taking a hotel near the cantonment that will be better for you. Because there are few crowds of people. Some names of Hotels Yogi lodge, Visnu rest house, Rahi tourist Bungalow and many more hotels available.

Nazmun Nahar, A travel lover from Bangladesh, made history by traveling...

All the details of Kuakata travel information

All the details of Sajek valley travel information